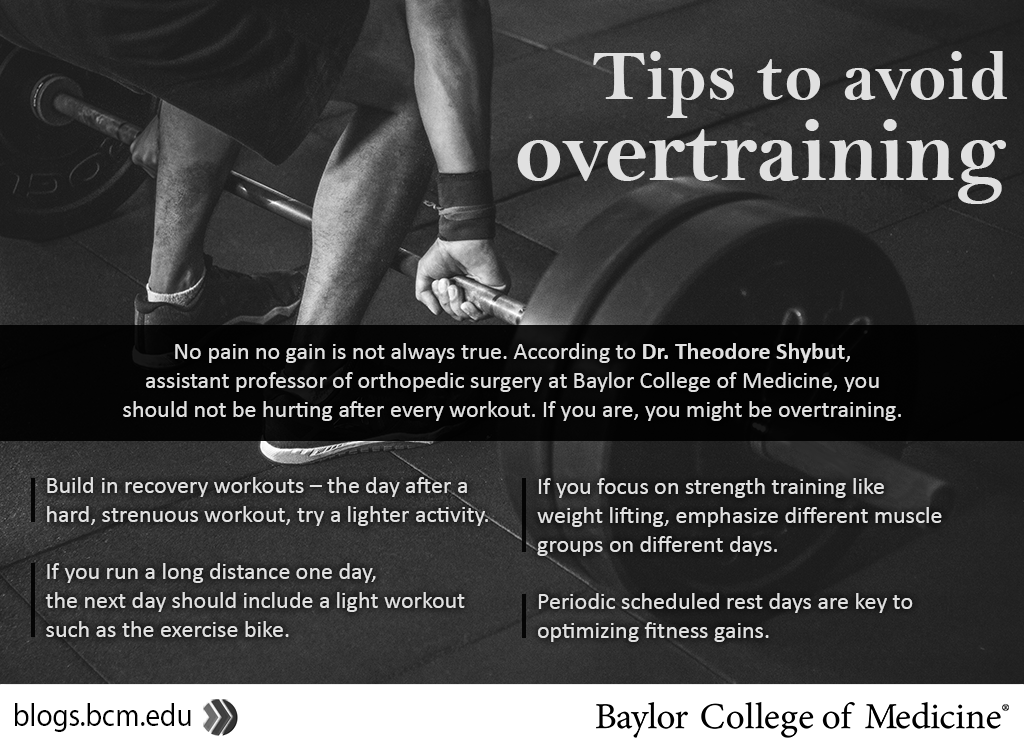 Exercise is one of the most beneficial activities we can take part in, but that’s so long as we don’t go overboard with it.

Ask anyone who’s been exercising for a while, and they’ll likely tell you that working out has become like an addiction to them.

It’s no longer a chore or something to get over and done with, but rather a part of their routine.

It’s something they just do because it’s ingrained within who they’ve become in the same way that they might take the dog for a walk every day, or brush their teeth in the evening. Reaching this stage in your fitness journey is a blessing, but in some cases, this intense level of dedication can also be a curse.

When exercising, the basic rule is that the more you train and the more effort you put in, the more you stand to gain from it. And while this is true most of the time, there comes a point beyond which your added work is doing your body more harm than good.

This is known as overtraining syndrome (OTS). OTS can affect both newbie exercisers as well as seasoned veterans just the same, and although it’s most common in weight training, other athletes, from swimmers to football players, are also at risk. 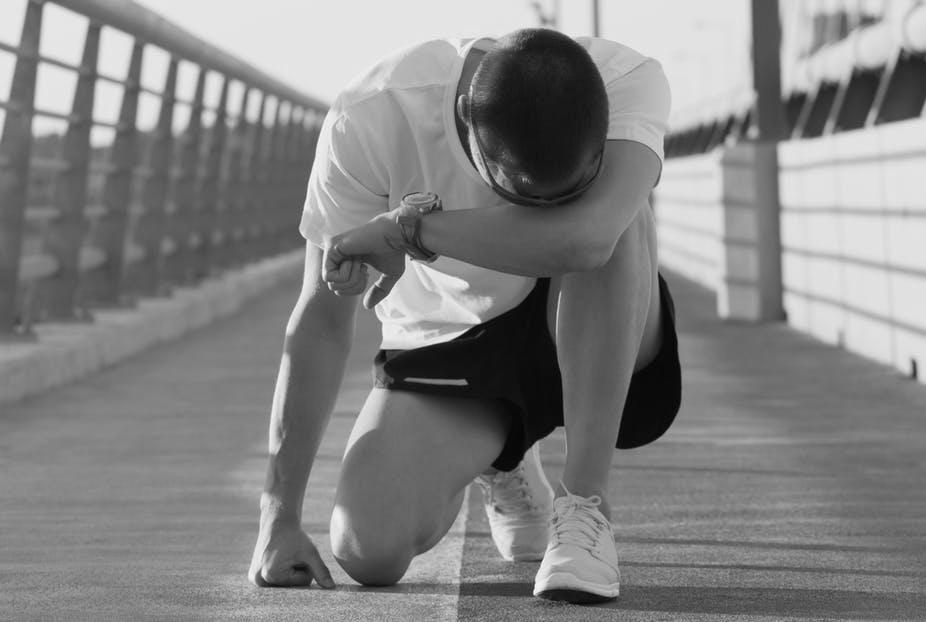 Overreaching, not to be confused with OTS, is basically an accumulation of increasing training loads and results in temporary performance decrements which could take days or weeks to properly recover. Training loads can usually accumulate for one of two reasons.

The first is that you’re not giving your muscles enough time to fully recover after a workout. The second is that you’re not eating right, whether this is because you’re eating the wrong things or simply not enough of the right ones; remember that muscles are built in the kitchen and when you’re sleeping, not in the gym.

The bright side of this overreaching is that if it’s only short-term, known as functional overreaching, it could ultimately lead to an overall performance increase through a process called super-compensation.

However, if the training loads continue to stack up and prolonged overreaching occurs, it can later translate into long-term (nonfunctional) overreaching. Although this should completely heal without causing you any permanent damage, it takes much longer for complete recovery—weeks to months—and because of this extended time period without proper training, your physical performance will either remain in a state of stagnation or even begin to diminish.

The final progression of chronic overreaching is OTS. While this shares many similarities with nonfunctional overreaching—in fact, it can be quite difficult to distinguish one from the other—it’s also more serious and recovery may take much longer, typically months, and in extreme cases, even years. It’s always associated with a decrease in performance.

Due to many of its signs and symptoms being shared by other common conditions, many of these benign, OTS is difficult to diagnose. practice, rather than being directly tested for, it’s diagnosed by exclusion, i.e. if no other cause can be found for the physical and physiological changes experienced, OTS is diagnosed.

How Overtraining Affects Our Bodies

There are various indicators to watch out for which might suggest that you’re overtraining. One of the most telling signs you’re overdoing it is an inability to perform at your usual level, or finding it more difficult than usual to do so. 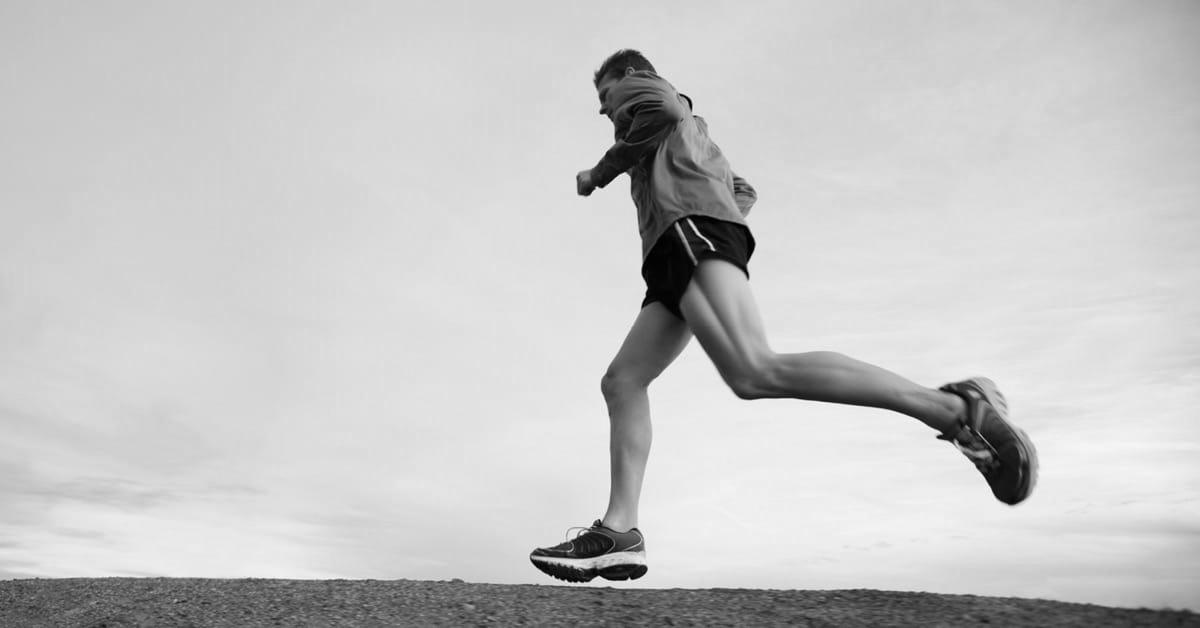 in mind that a single workout in which your strength, endurance, agility, etc. is not up to snuff is most likely a one-off. We all have those days when we might not have slept enough or eaten enough, or maybe just couldn’t get motivated to get active, but consistently failing to perform is one of the biggest indications that you’re overtraining. Similarly, a lingering feeling of fatigue day after day might also be associated with overtraining.

Occasional aches and pains are, to an extent, an inescapable part of regular exercise. However, when these little niggles start showing up more frequently, or when they become more serious, they may begin to suggest overtraining. Unfortunately, it can be hard to determine whether these injuries are your run-of-the-mill, heal-within-a-week type injuries, or something more serious.

Pain which doesn’t naturally subside after a period of around two weeks or so should be considered a notable injury, hinting at overtraining. Another thing to remember is that muscle soreness shouldn’t last more than two days or so and chronic muscle fatigue suggests overtraining.

The effects of overtraining don’t just affect the muscles, joints, and bones, either. The strain influences all the body’s processes, including the immune system, which means you get sick more often. Indeed, upper respiratory tract infections are a common occurrence in athletes who are a little bit too eager to push themselves.

The indications mentioned so far could be considered somewhat subjective, as all these signs could be chalked up as mere coincidences. But simply measuring your heart rate can be quite reliable for identifying overtraining when the findings are paired with other signs. The best time for this is in the morning, shortly after waking up, as at this time other factors are unlikely to influence it.

As you might expect, overtraining speeds up your heart rate. , British Rowing Start Coach, says that an increase of 10bpm or more is significant enough to indicate that an athlete should take it easy for a while, or even stop altogether. The disadvantage of this method, of course, is that you need to actually know your typical heart rate before you can tell if it’s increased. Regardless, as a rule of thumb, if you feel yourself getting tired or out of breath doing activities which normally wouldn’t tax you to that extent, it’s a good bet your heart rate has increased, and that you might be overtraining.

How Overtraining Affects Our Minds

Even more interesting than overtraining’s physical and physiological effects is the fact that it can actually affect our very minds. 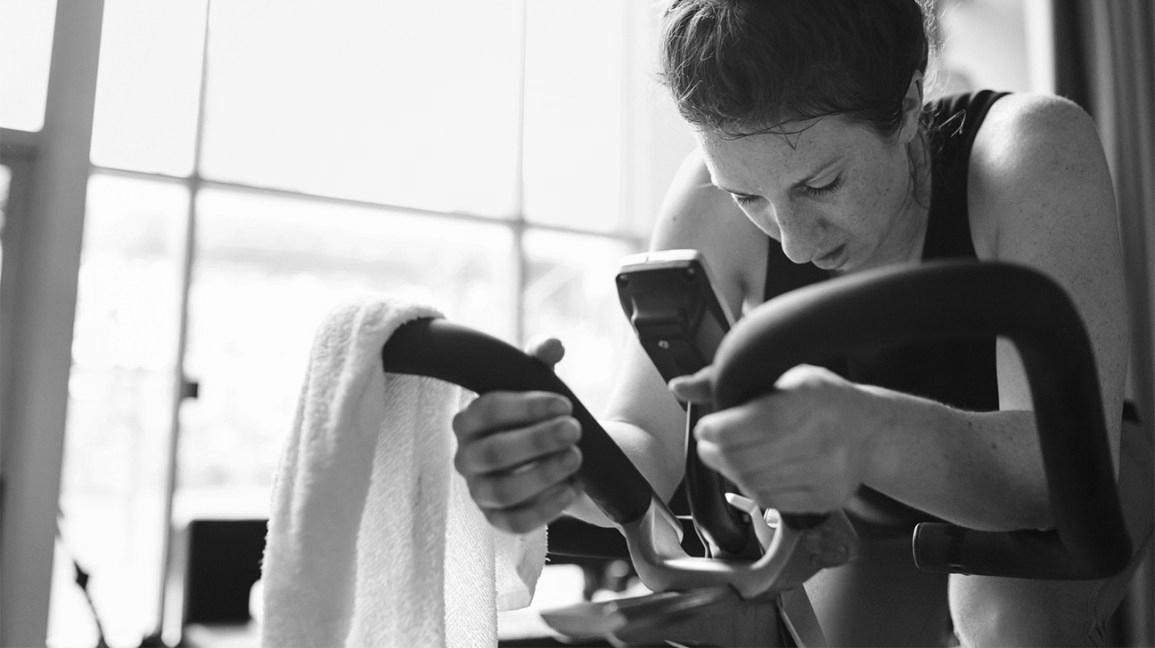 For instance, it’s common for overtrained athletes to be stressed, moody, and irritable; ecstatic one minute and angry or depressed the next. inability to concentrate together with a diminished capacity for complex thought are also frequently seen, along with a deep feeling of mental fatigue.

Ironically, though, despite the nagging feeling of tiredness, both physical and mental; insomnia or a general lack of good-quality sleep is actually quite common in OTS. The constant strain on the mind can take a toll on overtrained individuals and completely sap them of their motivation to do much of anything, training or otherwise.

Unfortunately, there isn’t a foolproof strategy, but there are a few things you could try which will certainly help. First of all, if you’re trying an exercise for the first time ever, ease into it.

Your body isn’t a machine, it needs time to adjust to the unfamiliar stresses and strains it’s being exposed to.

Be sure to take enough rest days and don’t be afraid to take more if you feel like you’ve overdone it. Often, there’s no need to completely stop exercising, just keep it light for a while; go for a swim or a brisk walk. the same vein, avoid underestimating the importance of sleep. The average adult needs about 7 to 8 hours a day—any less or more could be detrimental, both physically as well as mentally.

Remember that all the exercise and all the rest in the world will do you no good if you don’t eat right or if you don’t eat enough to fuel your body’s repair, so be sure not to get lazy with your nutrition.

Lastly, and this is likely the most important but also the most difficult thing to do, try to catch signs of overtraining early so you can nip it in the bud. Keep the indicators we’ve just discussed in your mind so you can recognize them when you see them. And at the end of the day, you’re the one who’s most familiar with your own body, so if something doesn’t feel right, trust your instinct because it probably isn’t.

As human beings, we tend to strive towards improvement in whatever we’re passionate about, and fitness is no different.

It’s this drive that enables us to push past plateaus to become better versions of ourselves. And yet, it’s this very same passion which can sometimes blind us from seeing what is really in front of us.

OTS not only prevents improvement but will actually set you back, sometimes even leading to permanent damage. Remember that taking a few days off when you need it is not weakness, it’s preparing you to come back stronger than ever.